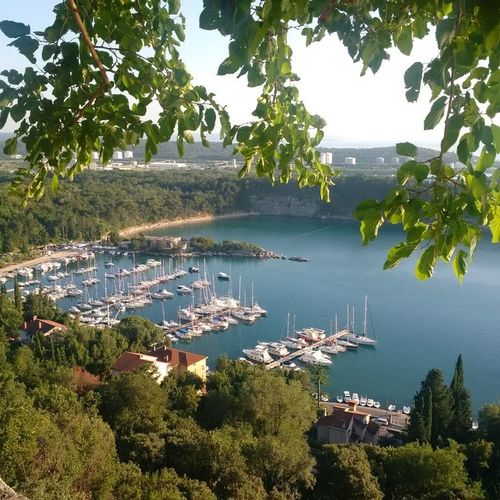 1/33 photo
Facebook Messenger Copy
The price has been calculated by the best price of the next 90 days. 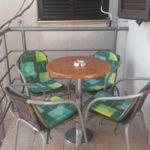 Ideal for families too

Omisalj is located on the northwestern part of the island and is the first town on the island that are faced at the turn of the Krk bridge. The historic town center is situated on a cliff 85 meters high and dominates this part of Kvarner. With the city of Krk, Omisalj is the oldest living settlement on the island with tourist tradition dates back 100 years.

About a thousand years before Christ in Omisalj the Illyrians lived, then the Romans, and in the seventh century the Croats came into it. In the 11th century Omisalj was an important center of Glagolitic literacy and, in the 12th century, is mentioned as Castri musculi (from the Latin Ad musculi - the place of shells), and in the 15th century, the Krk princes Frankopans built one of its four castles. Therefore Omisalj still carries the title of the city - the monument.

Cultural and architectural heritage of Omišalj is extremely rich. Confirming that , the remains of a Roman city from the 1st century Fulfinum, Christian basilica from the 5th century Mirine , and many other historical monuments. Part monumental "offer" Omisalj exceeds widely publicized island neighbors, and in some categories even unique in the Kvarner region. Omisalj particularly abundant in more than a thousand year old early medieval reliefs which normally would in coastal Croatia has a lot in a small saved them more than in some European countries!

Thanks to its mild climate, excellent climate and the nearby bridge, airport and the city of Rijeka, today Omisalj is attractive destination for many tourists who, in addition to enjoying the sun and sea, in Omišalj offers an unusual experience of exceptional cultural and historical heritage.

All happy to come here believing that a man can stand in the sea, and thereby see their own feet. We have, for their part, preparing the house for you our guests, who have already visited us and we will for the first time to visit.

We look forward to seeing you!
Family Bozic

The rating of Apartmani Božić Omišalj is 9.7 from the maximum of 10, based on 38 real guest reviews.

Based on the reviews and comments of actual guests, the services of the Apartmani Božić Omišalj have received a high rating of 9.7/10.